Authorised by Paul Rodgers and Simon Kirke, this is the story of Free (one of the most influential bands of the late Sixties British blues boom and chart toppers with ‘All Right Now’, with over 2m radio plays in the UK) and Bad Company, whose first three albums, Bad Company (1974), Straight Shooter (1975), and Run with the Pack (1976), reached the top five in the album charts in both the UK and US. 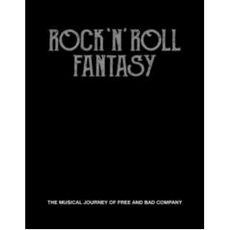