A nightclub promoter returns to town and is thrown into an insidious world of designer drugs, psychosis and murder.

Filled with mind-bending hallucinogenic moments, Trip City veers into the realm of Alphaville and neo-noir of the French new wave. In the summer of 1989, when Trip City was first released with a five-track cassette EP by A Guy Called Gerald, there had been no other British novel like it. This was the down and dirty side of London nightclubs, dance music and the kind of hallucinogenic drug sub-culture that hadn’t really been explored since Tom Wolfe’s The Electric Kool-Aid Acid Test. Maybe this is why Trip City is still known as “the acid house novel” and an underground literary landmark. Over the decades, Trip City became shrouded in scandal and mystery. The original London book launch literally descended into a riot – shut-down by the Metropolitan Police. Everyone from the makers of Raiders Of The Lost Ark through the director of Candyman tried to adapt the book into a movie – but imploded in the process. But for 2021, Trip City is back in this all-new incendiary incarnation – including a new introduction by author Trevor Miller and a foreword by Carl Loben (DJ Magazine editor). Perhaps Trip City is uniquely summed-up by the original publisher, sci-fi legend Brian Aldiss, who wrote of the novel: “In the vintage of Thomas De Quincey’s Confessions Of An Opium Eater – but smack up to date. It’s about a young man’s descent into hell – a hell that looks very much like London.” Reviews • “A work of much underground intellect. The first of its kind.” The Guardian • “An On The Road for the post warehouse-party generation…” The Evening Standard • “Sharp and lacerating - like a broken bottle…” The Sunday Times Magazine 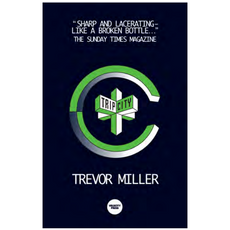