“West of Memphis” tells the untold story behind the police investigation into the 1993 murders of three, eight-year old boys, Christopher Byers, Steven Branch and Michael Moore in the small town of West Memphis, Arkansas.

Cave called the film “a meticulous autopsy of a monstrous crime & its vast and terrible reverberations. Beautifully crafted by Amy Berg, West of Memphis is a crucial document on social injustice.” After spending two years shooting on location in West Memphis, Arkansas, Director Amy Berg ‘s first & only choice to score the film were Nick & Warren. “Nick Cave & Warren Ellis are composers in the truest sense. Drawing upon the elements of great songwriting they understand implicitly how to shape a narrative so that the audience can engage with the emotional journey of the film. So often there’s reluctance from directors to work with composers from a rock 'n' roll background, but for me it was always my first choice. Nick & Warren always seem to balance hope & tragedy beautifully in the strange music they make.” said Berg. 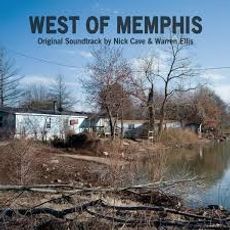