a collection of previously unreleased tracks from keiran hebden's salad days, all produced between 1997 & 2001.

with his current reputation as one the world's most respected producers & connoisseurs of house & techno music, it's easy to forget that the four tet name was made in psychedelic & somewhat pastoral, sample-based music; blending electronic & acoustic sounds, the beats are rooted in hip-hop's crisp, down-tempo, funky breaks, but hebden reaches out to jazz, world music, gamelan & minimalism for further rhythmic & melodic inspiration. these recordings pre-date his solo debut 'dialogue' & run up to the release of 'pause', & it's a joy to hear an accomplished producer getting started in his experimentation with transcultural electronica. 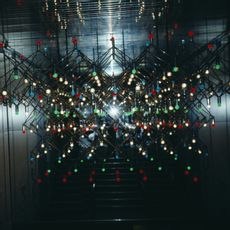