it’s here! but not for long – this is a pretty limited reissue of one of his most highly sought after releases, comprised of limited run 12”s gathered together for a one off singles compilation.

released originally for the Japanese marked only in 2012 and never on vinyl, it came and went nearly instantly. "while 'Pink' should not be conflated with a proper follow-up to 'There Is Love in You', even as a singles comp it suggests that the undergrad producer circa 'Rounds' is now post-doctorate, and Four Tet is capable of going deeper and expanding higher than almost anyone else out there" 8.2/10 - pitchfork 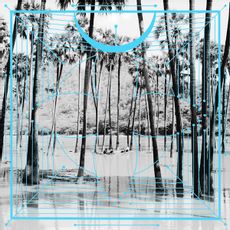