as a producer call super is clearly enamoured with the techy melodies & downplayed, scattershot percussion of early warp material. this is evidenced by ‘dovetail’, a mesmeric intro track that layers hypnotic rave-y synth tones & the microscopic attention to rhythmic detail evidenced on ‘selu sekou’. the sonic textures built around this core are often insect-like & extra-terrestrial, giving the effect of stridulation or odd, bioluminescent alien creatures communicating, & tracks like ‘fold again at last’ & ‘acephale i’ gleefully delve into experiments unadorned with rhythmic embellishment. Occasionally the tone of an oboe or clarinet will rise from the electronica, adding a warm, human counterpoint to the other sounds. 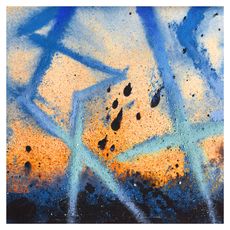