grennan proves he’s got a powerful arsenal of pop melodies to back his distinct vocal talents on his debut lp.

the critically acclaimed Bedford based singer/songwriter has drawn vocal comparisons with Paulo Nutini and John Newman among others, but there’s a choppier indie rock energy behind his voice, akin to that of blossoms, the magic gang and the amazons. the album Includes the massive hit single "Sober" and other singles "Found What I've Been Looking For", "Royal Highness", "Barbed Wire" and "Run In The Rain".*** The Deluxe format CD includes an acoustic version of the massive collaboration with Chase & Status "All Goes Wrong". *** 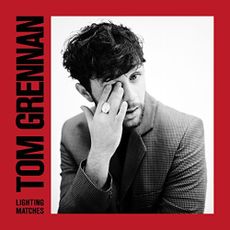