The eight track album, made up of producer Blanck Mass’ original productions of ‘Violence’, also includes the brand new single ‘Barricades’. these are the original blanck mass productions of seven songs from their ‘violence’ album along with an unreleased blanck mass-produced editors song, ‘barricades’. blanck mass was involved early in the evolution of these songs and - as justin from the band put it - was asked “to stick a knife in it and see what would come out”. 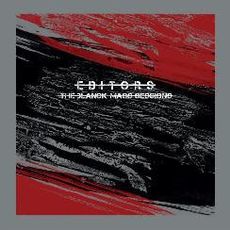