*** buy now as we have a signed test press & print to give away to one lucky winner - good luck!* entries by midnight July 23rd***

This is the first original music from Jarvis Cocker since the “Further Complications” album in 2009. JARV IS… was conceived as a way of writing songs in collaboration with an audience. As the material they were playing was in a state of flux, the band decided to record the development of their live songs. these recordings were then used as the basis for the album. JARV IS… an ongoing live experience because life is an ongoing live experience. Or, to put it another way: THIS IS NOT A LIVE ALBUM – it’s an ALIVE ALBUM. “the songs have room for all sorts of peculiar fascinations unique to Cocker. It’s one of those albums that could’ve only come from one person in particular” album of the week – sterogum.

*no purchase neccesary but be nice and support your favourite artists and labels during these troubled times eh? If that's not for you, drop [email protected] a line with the subject Jarv Is Comp and we'll enter you in to the draw 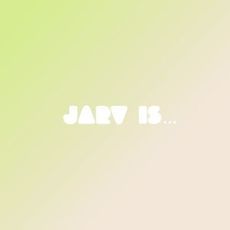