Asylums want to take you on a trip, back to the days of chainsaw guitars & chaotic fun! They release their debut EP via on their very own label, Cool Things Records.

The ep features the vigorous title track, in which the band take a swipe at sex and the internet, alongside their two previous DIY blasts of explosive Southend fuzz. 'Death Of Television' introduced them in a perfectly formed 1 minute and 20 seconds of sharp, angular edges and had The Line Of Best Fit describe them as "a DIY band, but not as you know it. Somewhere between a forceful wave of 90’s pop punk and Britpop, they're entirely eccentric and entertaining". 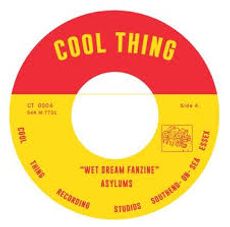