Combining lush harmonies with their love for Cosmic American Music, English folk and psychedelia, their songs lie somewhere between the desert's beating sun and the grey skies of East London; both timeless yet new.

The band’s debut 7” single will be released on cult vinyl label Great Pop Supplement and was recorded both in Lake Hollywood (US) and Walthamstow (UK) by Rob Campanella (Beachwood Sparks, The Tyde) and Brian O’Shaughnessy (Comet Gain, The Clientele) respectively. A side ‘Golden Vanity’ sees the band take the lyrics from a traditional folk ballad they found in the pages of an old Alan Lomax anthology and reworking them into a whole new original melody. Part inspired by the folk tradition and part pure psychedelic pop song, it exemplifies the band’s unique and distinctive sound. AA side ‘Floodbound’ is an English take on Californian music. Desert chords and swirling pedal steel combine with a soaring melody in a song that ebbs and flows with darkness and light. 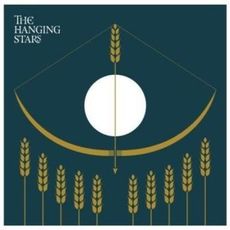