In the belly of the beast man a soldier’ are MC Ishu’s lyrics that gave this ska inspired riddim track its name.

It is now 10 years since Scotch Bonnet’s first ever release that featured Mungo’s Hi Fi’s Belly Ska riddim. It proved to be a massive hit with music lovers with countless artists recorded their own vocals and dubplates over it - Luciano uses it as the closing track for his shows. We have resisted countless calls for a repress until now. This release features two new 7 inches, one with Marina P’s ‘Divorce a l’italienne’ and Ranking Joe’s ‘I love Jah’ which were originally out on 10”, plus previously unreleased ‘Gideon boot’ by General Levy featuring an instrumental with boosted sub on the b-side. This is a limited issue repress brought out to celebrate Record Store Day 2015, as well as the 10th anniversary of Scotch Bonnet Records 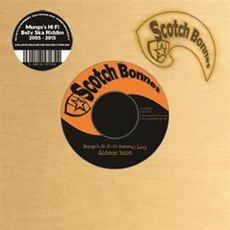