Having previously worked as a songwriter around France, London and Dublin, Mark McCambridge played his first show as ARBORIST in early February 2013, opening for James Yorkston in Belfast.

A solo tour of Ireland followed before impressive performances led to notable support slots alongside Low, Cat Power, Mark Mulcahy and Alasdair Roberts. Now based out of Belfast and surrounded by a band of well-travelled musicians, Arborist's music is measured and mature while remaining starkly modern. Centred around McCambridge's soaring vocal and unique lyrical style, it speaks of bleak truths (Leonard Cohen, Bill Callahan, Jason Molina) but delivers them with an assured soulfulness (Sam Cooke, Al Green). Twisted Arrow is their new single and features the unmistakable harmonies of KIM DEAL. Her hushed and plaintive vocal adds weight to a familial tale of detachment and is the perfect counterpoint to McCambridge's sharp delivery. It was recorded during dark winter nights in Belfast and Dayton, Ohio - the latter as the new year arrived - and you can feel it in the lyrical violin and lean, crisp production. Twisted Arrow is released as a limited edition 7" and download on 4th May 2015. “The harmony part was always there, from the moment the song was written and recorded here in Belfast. But it needed a unique voice. Fancifully, we drew-up a shortlist of desirable candidates with Kim far and away top of the list. So, we contacted her – as you do - and after a short period of silence she came back in early January saying, in so many words, ‘it’s done’. It has been this relaxed throughout. "Kim recorded her part on new year’s eve in Dayton, Ohio, working through some mild interruptions from a neighbour’s party. She liked the song and, through the marvels of the modern world, had been swayed by some shaky footage of an Arborist solo show. "As big fans of the Pixies and the Breeders for many, many years, we’re obviously delighted to have Kim involved. Though crucially, the tone of her vocal was exactly what the song needed and it's turned out better than we could have expected.” "This guy's a master songwriter..his muse is an earth-bound one - full of scruffy moments and care-worn emotional truths. His development will be one of the most intriguing story strands of the year." - Colin Carberry, Hot Press Magazine 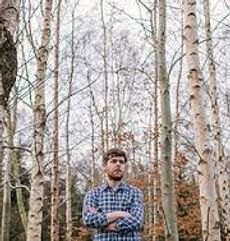