Anchorless. Adrift. Ark is the first album to be released as a Craig Fortnam solo album. As the composer for North Sea Radio Orchestra and Arch Garrison, Craig has always made music with meaning, emotional heft and depth of personality. Ark is his most personal and intensely realised record. Craig’s music has been described as intrinsically English with place and the natural world being recurring motifs. In Arch Garrison the chalk downs loom large and become the canvas. For Ark the sea and the east coast of the UK become symbolic of uncertainty, tumult, pain and change. The place names are evocative of a beautiful bleakness and vulnerability. The coastline is unstoppably eroded by and into the unknowable vastness of the ocean.In the last few years Craig has lost his brother, mother and dear friend Tim Smith of Cardiacs. Some of the pieces and themes on Ark were written as requiems of a sort. Craig’s musical stock has been rising constantly over the years with growing recognition of his talent and unique style. The Bitter Lay, released in 2020 was critically well received. A 2019 collaboration interpreting songs from Robert Wyatt’s Rock Bottom brought Craig to a wider audience and was endorsed and enjoyed by Robert himself. While Ark is thus far unique as a Fortnam solo album members of North Sea Radio Orchestra are present and correct. Long standing fans will hear characteristic harmonic tones traceable from Purcell, to Vaughan Williams, Britten, early Pink Floyd, and latterly Cardiacs. The players on Ark are: Craig Fortnam: voice, guitars, organ, synth, piano, percussion Nicky Baigent: Bb clarinet, bass clarinet Luke Crooks: bassoon Harry Escott: cello James Larcombe: piano Brian Wright: violin, viola Hugh Wilkinson: vibraphone 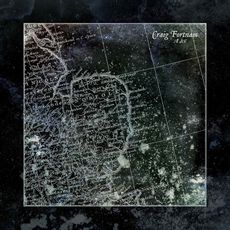