Where the Streets Lead


Where the Streets Lead is the new album from Slowly Rolling Camera, and builds on their acclaimed 2018 release Juniper.

Inspired by colliding worlds of jazz, trip-hop, and cinematic soundscapes, SRC’s music blends strong melodies, big grooves, and surprising turns of phrase, and is infused with expansive emotional gravitas. The music on this album, recorded throughout 2020, encompasses greater scale, with an 8-piece string section and a list of world-class guests including Mark Lockheart, Jasper Høiby, Verneri Pohjola, Chris Potter and Sachal Vasandani as well as the band's regular guitarist Stuart McCallum. Where the Streets Lead is emphatic in its purpose: communicating the joy of collaboration and, through an audio-sensory landscape, a vision of the world. There is a boldness and simplicity in the album’s conception, balanced with attention to detail in its production and sound design. Slowly Rolling Camera’s last album Juniper set the band on a new path. Where the Streets Lead is a natural progression and development in the band’s’ continued exploration. 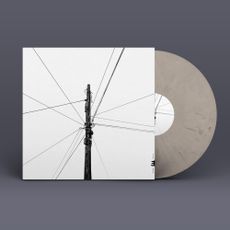