‘Life Flows In Endless Song / The Body Is A Tide’ EP is released on vinyl for this year’s Love Record Stores on 4th September 2021.

Following the release of ‘The Weight Of The Sun’ LP, Modern Studies shift from light to dark over two new EPs brought together as six track 12-inch ‘Life Flows In Endless Song / The Body Is A Tide’, a record that further cements their reputation for innovative craftsmanship. ‘Life Flows In Endless Song’ showcases the band’s increasingly expansive sound, swelling with orchestrated drama behind the rich vocal pairing of Emily Scott and Rob St John, before their otherworldly dreaminess is pin-pricked at its height by Emily’s beautiful alto on ‘The Failing Light’. ‘The Body Is A Tide’ hails from ominous darker terrains, scratching further into their own psyche; it’s heady and baroque, ornate and super-detailed, an opus that climaxes with ‘High Hymn Summers’ and its slowly-rolling drone, created by processing all the songs from ‘The Weight of the Sun’ played at once. "The EP nods at the idea of our collective bodies weathering rough times, played out with massed strings, prepared guitars, slow bass grooves, hypnotic drums, wobbling saw, xaphoon and mellotron. We shook off our usual song structures in favour of something repetitive, slow and heavy; life flows in endless song." Modern Studies // “Utterly enchanting.” MOJO magazine // “Modern Studies make mood music of the highest order, drawing on the members’ collective experience in the folk, pop and improvisational realms.” The Scotsman // “There’s a charm within Modern Studies’ DNA which makes them, without fanfare or clamour, one of today’s most mesmerising outfits.” Prog magazine // “Melancholic magic.” UNCUT magazine 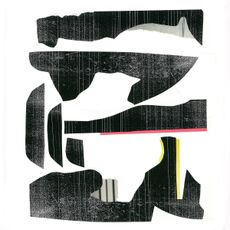