Little Axe, aka Skip McDonald, started his career in music back in the Seventies as a member of the Sugarhill Gang backing band (already with longtime collaborators Doug Wimbish and Keith LeBlanc). Later on the same musicians got involved with Adrian Sherwood and his much beloved progressive Reggae/Dub label On-U-SOUNDS. Features the musicians Doug Wimbish, Keith LeBlanc and more. All produced by Adrian Sherwood 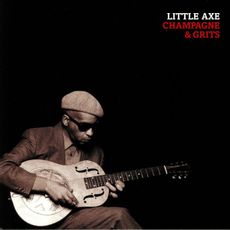