This project was born of a very simple idea; to create a sonic journey into the world of women.

By selecting songs from film music by the great Ennio Morricone, this collection presents an unusual soundtrack, not inspired by a film but instead by the muse of all muses: The Woman. Whose sounds could better describe this world of music than Ennio Morricone’s? Who better than The Maestro can really describe all the highlights of a day, a season, or a woman’s life? From the most dramatic moments to the happiest, the most sensual, seductive, sensitive and tough ones at the same time. Morricone’s emotional strength manages to convey strong vibrations with very few notes, just like the surreptitious glance from a woman in love that flashes between two people. When you listen to the song “Poetry of a Woman" you can feel this vibe. The sensuality of the music of "Scena d'Amore" from the movie "Crescete e Moltiplicatevi" is striking. It evokes a mood quite independent of the scene in the movie; indeed it gives your imagination the freedom to dream of sexy and sophisticated pictures. Edda Dell'Orso’s voice is the second great personality of this record. On each track her presence (which is in almost all of them) leads us into this mood, almost whispering when we describe which path we are following: in the sea, in bed, in the disco, at a cocktail party or on the verge of a nervous breakdown! Thus, through these notes, you will be taken by the hand into this journey with Eros, Passion, Love, Tragedy and Fantasy! 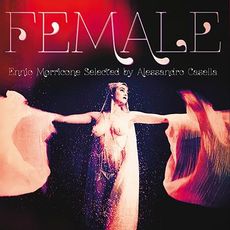