Following the success of the soundtrack to the 2014 indie hit ‘Chef’, writer/director Jon Favreau & music supervisor Mathieu Schreyer have compiled a follow-up volume featuring additional music from the film alongside an array of tracks inspired by it, digging deeper into the mix of jazz, Latin and electronic sounds that made the original such an exciting release.

Fans will recognise some familiar acts such as Gary Clark Jr. with a live rendition of ‘Travis County’ and El Michels Affair with a cover of Isaac Hayes’ ‘Hung Up On My Baby’, whilst newcomers include Wild Magnolias, Outlaw Blues Band, The Meters, Willie Colon & many more. 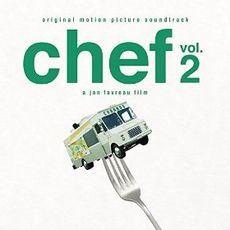