Death Waltz has taken another step into the infamous genre of flesh-eating monsters in order to bring you a much-requested score from the field of Italian horror – Alexander Blonksteiner’s 'CANNIBAL APOCALYPSE' (aka 'APOCALYPSE DOMANI').

Directed by Antonio Margheriti and starring John Saxon the movie is a nightmarish vision where two Vietnam vets unleash horror upon the world via a virus that makes the infected want to consume human flesh. Scoring the film is a soundtrack as intense and crazed as the cannibals themselves, while the apocalypse itself scores a nine on the funk-o-meter, with militaristic drums and sinister strings being overtaken by wah-wah funk and guitar noodling in a prog-rock vein. It’s both melodic and discordant, with harsh alternating synth notes combining with shimmering music box notes, and a love theme with a sax that wails more than your average teenager. If you must chow down on someone, make sure 'CANNIBAL APOCALYPSE' is spinning on your turntable. 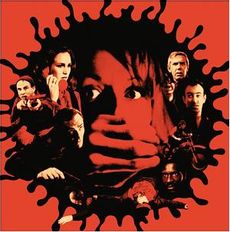