CINEWAX/LIGHT IN THE ATTIC & ONE WAY STATIC


It’s not unusual for hip hop artists to immortalize something by sampling it, but few did so as extensively—or as effectively—as GZA in his use of snippets from Shogun Assassin on his 1995 album Liquid Swords.

Though we know them as elder statesmen now, in the mid-90s The Wu-Tang Clan were the spookiest kids on the block, sharing an obsession with shaolin monks, B-movies, and soul-chillingly dark string samples. Released to the grindhouse film circuit in 1980, Shogun Assassin is a martial arts Easts-meets-West culture mashup. Recutting scenes from the swashbuckling Japanese series Lone Wolf And Cub for the British and American markets, the film sold on its brutal action and frequent decapitations. Producer RZA was a big fan and let the soundtrack shape his work on his bandmate’s solo LP. 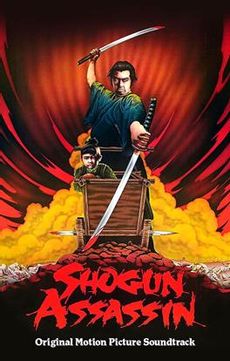