Frizzi’s track record speaks for itself, but his work with Fulci had a certain flavour to it that resonates to this day while his music is constantly devoured.

Halloween night, 2013. Union Chapel, London. On this unassuming evening took place an event of special magnificence, one that saw a legend of film music take the stage to blow everyone away as he performed music from the films of one of the true visionaries of horror cinema. The composer was Fabio Frizzi, the director was Lucio Fulci, and Death Waltz Recording Company are proud to bring that concert to vinyl as 'FRIZZI 2 FULCI'. The songwriting side of Frizzi is also on display here; while his film score work is incredible he also created some pretty amazing vocal pieces that are featured, such as ‘Silver Saddle’ from SELLA D’ARGENTO, and ‘Movin’ On’ from I QUATTRO DELL’APOCALISSE. There’s also music from the crime thriller 'CONTRABAND' and even a cover of Nino Rota’s AMARCORD. But his horror work is where it’s really at, and as such the cream of the crop is here: MANHATTAN BABY, CITY OF THE LIVING DEAD, ZOMBI 2, and of course, 'THE BEYOND'. A beautiful live presentation with a few sneak peeks of things to come from Death Waltz – but for now enjoy this celebration of the genius of Frizzi and Fulci. 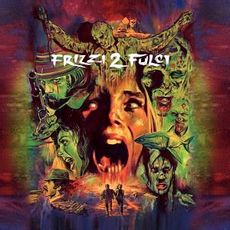