silvestri provides a suitably grandiose, sci-fi score of epic scale to befit the visual majesty of its big screen counterpart.

From filmmaker Steven Spielberg comes the science fiction action adventure ‘Ready Player One’, based on Ernest Cline’s bestseller of the same name, which has become a worldwide phenomenon. The film is set in 2045, with the world on the brink of chaos and collapse... In his ongoing, decades-long career as a composer, Alan Silvestri has scored some of the most iconic, revered and profitable films in hollywood history, including ‘back to the future’, for goodness sake 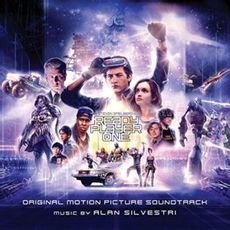