HOW TO TALK TO GIRLS AT PARTIES


This blistering soundtrack is filled with punk-driven - or orientated - tracks that populate the film with the likes of The Damned, The Velvet Underground, The Dyschords, AC Newman and a soundtrack-exclusive collaboration between shop favourites: xiu xiu and mitski.

the film is a British-American sci-fi-punk movie based on the short story of the same name by Neil Gaiman. The film tells the story of an alien touring the galaxy, breaking away from her group while meeting two young inhabitants of the most dangerous place in the universe: the London suburb of Croydon. 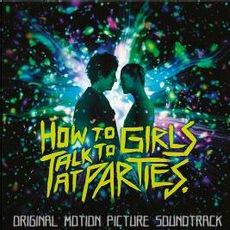