faithful reproductions of 7 of the most collectable rocksteady & boss reggae 7” singles ever issued by the legendary label.

in recent years, numerous trojan releases from the late ‘60s & early ‘70s have become hugely sought-after items, their extreme scarcity putting them out of reach of even those prepared to pay 3 figure sums for their acquisition. as a result, most fans have been denied the opportunity to acquire or hear vinyl pressings of these rare gems. the ‘trojan lucky sevens’ boxset begins to remedy that, comprising tracks from the paragons, junior soul, keith & tex, lee perry (his classic track ‘the upsetter’), the visions, joe white & carl bryan. 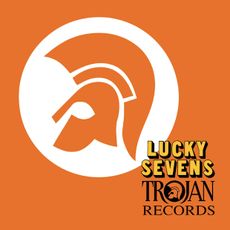