at last, this seminal collection, featuring some of reggae biggest acts of the dancehall era, is made available on cd.

at the dawn of the 1980s, spearheading what would become known as the dancehall era, were 2 of the island's most respected musicians who had learned their trade performing on countless sessions for the cream of kingston's producers: sly dunbar (drums) & robbie shakespeare (bass). following the launch of their taxi imprint in 1979, jamaica's so-called ‘riddim twins’ quickly became established as the island's most innovative & successful producers. by way of introducing their music to the world at large, island issued 'sly & robbie present taxi' in 1981, with the album swiftly topping the reggae album listings. 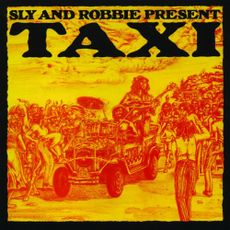