originally issued as a vinyl lp in 1984, this was talisman's 1st album.

the culmination of a long musical journey as the band had existed in various guises since 1976, at the time of the album’s release talisman were a 3-piece. this core of desmond taylor (dehvan othieno sengor), dennison joseph & donald de cordova were supplemented for the recordings by a host of local musicians as well as the engineering & co-production talents of richard lewis (uk scientist), a mainstay of the british reggae scene. this release is enhanced by the addition of 5 live cuts recorded at london's lyceum in 1985. 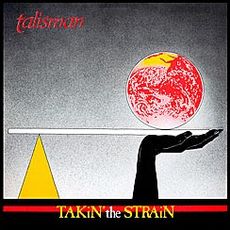