CD1 - 'BLACK STAR LINER' is the 1975 Landmark album that played a massive part in bringing reggae to a new international audience.

the album raised the bar for roots reggae music on release & time has not dimmed its majesty. CD2 - 'BLACK STAR LINE IN DUB' is The big one – these tracks previously, long thought lost to the world, are finally available for all. CD3 - 'LOVE & ONLY LOVE' is the 1982 release that saw Locks back in the studio with sound system legend Lloydie Coxsone in the production chair. CD4 - 'THE MISSING LINK' is the Official follow up set from 1978 that unfathomably remained unreleased at the time & saw Locks channelling that unmistakable Twelve Tribes vibe into new realms of higher heights. 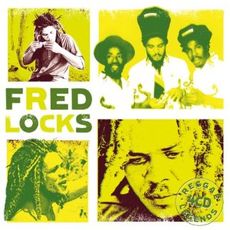