Between 1962 & 1966, Mod culture dominated both the fashion & music landscape, with the look & sound of young Jamaica playing a significant role in its development. Along with American R&B &Jazz, Ska music remained consistently high on the Mod agenda & it is this much loved genre that provides the focus of this collection. features 40 favourites of the original 60s scene, originally issued in the UK as such seminal record labels as Blue Beat, Island & Doctor Bird, 17 of which make their CD debut. 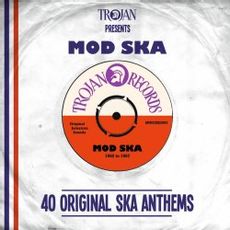