This re-issue finds the master trombonist back in 1969, with the opportunity to blow over contemporary Jamaican rhythms from legendary producer Bunny "Striker" Lee.

Early in that year news arrived from Jamaica of Don Drummond's passing. Bunny & Rico learned of this & immediately decided to record a tribute album to this world renowned trombonist. The album's rhythms emanate from the Bunny Lee All Stars, with the trombone overdubs & the vocal interjections by Gene Rondo (aka Winston Laro), laid at T.M.0 Studios, London, in mid 1969. The album was completed in 4 hours, which is a testimonial to the trombone skills of Rico! 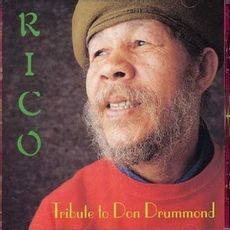