Originally released in 1996, Ranglin’s widely acclaimed ‘Below The Bassline’ successfully introduced the guitarist’s considerable playing skills to a new generation of music fans.

This special 20th anniversary edition couples the essential album with the superb follow-up, ‘Memories Of Barber Mack’. With an array of leading session players accompanying the guitar maestro on a variety of original numbers and interpretations of Jamaican standards, both albums are now widely regarded as classics by jazz and reggae enthusiasts alike. Now these two modern day jazz-reggae masterpieces are finally brought together for this 2CD deluxe set, which is further enhanced by a 12-page booklet that includes a newly written bio and an array of fascinating, rare imagery. 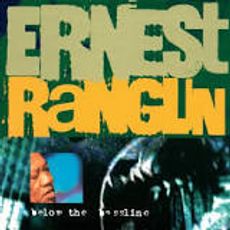 DISC 1: BELOW THE BASSLINE