Fullwood’s only album finally gets the wider release it deserves after 40 years spent in obscurity.

His close relationship to Burning Spear gave Phillip valuable insight into studio work, and his move into production and mixing was inevitable, soon resulting in the profound self-production ‘I Gave You My Word’ in 1979, with arrangement and backing vocals by Winston Rodney. This same rhythm, remixed into a long, enthralling dub, would form the introduction for the incredibly scarce album ‘Words In Dub’ (Jah Marcus LP, 1979). The highly unique set, released in a stark hand-printed sleeve, comprised self-produced rhythm tracks and some donated by friends, such as ‘Africa Rock’, a dub of ‘See Dem Da’ (Jah Marcus Roots 7”) by Burning Spear, with member Rupert Wellington on lead vocals. 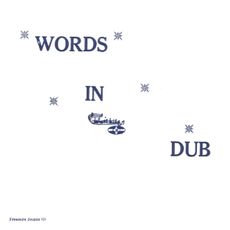