Washed out acid folk that recalls stripped back early deerhunter and a sun-baked feel that wouldn’t be out of place on a red krayola record – it’s fair to say this solo debut from the black angels frontman has blown us away.

Like the best solo records, he’s not completely forgetting his day job and wandering off into unknown territory, he’s showing us what the rest of his world is made of. He’s moved away from the wiggier end of psych that his day job is so proficient at but hasn’t lost any of the power that they can deliver, instead creating a soft focus record that has that magical, otherworldly folk touch that Brigid Dawson so capably found on her solo work too. “I’m about to make some lazy comparison to Leonard Cohen or Vincent Gallo as this solo debut from Alex Maas forces me to; it does appear to sit neatly between the two of them, with the awkward perfection of one and the stoned laconic meandering of the other that in no way means Luca is not of some worth: in fact quite the opposite.” 4/5 – narc magazine 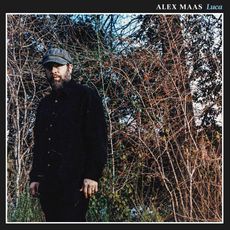