The compilation begins with two tracks from The Castiles, featuring a teenage Springsteen on guitar and vocals, and ends with the title track from 2012's 'Wrecking Ball.' The collected songs trace Springsteen's musical history from its earliest days, telling a story that parallels the one in the book. Recordings from Steel Mill and The Bruce Springsteen Band feature musicians who would go on to play in The E Street Band. Solo demos of "Henry Boy" and "Growin' Up" were cut in 1972 shortly before Springsteen began recording his debut album, 'Greetings From Asbury Park, N.J.' 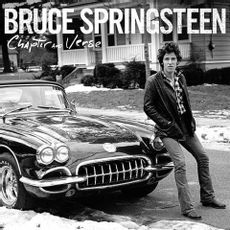