Remaining faithful to Fountain’s presentation, Lyra’s curation reflects her commitment to stylistic diversity, with the old guard and the next wave alongside each other. Where some artists chose to rework existing works, others composed new material from fragments found across the record. The results showcase the very themes of wordless identity conflict and technological concerns that Lyra and her foremothers have projected. Valgeir Sigurdsson marries elements of Lyra’s entire catalogue into work that combines the limitless highs of Sigur Ros and the steady pulse of The Knife. KMRU cloaks Lyra in a hazy film, soundtracking the depths of space embedded within the ghosts of jungle past. Gabber Modus Operandi expose the realities of artificial nature in a multicoloured rave dystopia. Eris Drew’s double opus takes the tenets of her philosophies into both ambient and peaktime expressions of the trip, the things that lead to the decision before, and the portals that can open up after. Ben Frost dissolves Cradle’s deep and tremulous hymn in analogue warble, distressed tape spooling out of control and breaking up over the heavens, while remaining oddly serene. Heaven In Stereo conjures up post-rock with trap drums out of Gossip, buried in bass weight and dub space. Nailah Hunter and Tygapaw transform New Moon into an earthbound ode to nature and a pounding trance state induction, while Caterina Barbieri and Hudson Mohawke extract and amplify Tendril’s mind and soul. Vessel takes what feels like the entire album and builds it up to a frantic climax before subsuming into Enoesque pastoralia. Alongside Delta, Lyra has collaborated with Spitfire Audio to develop Siren Songs, a free plug-in for their LABS series made from playable samples from Fountain, able to work across DAWs in multiple formats. By removing barriers to access, the listener can craft their own responses to the album’s themes, or use its language to express their innermost feelings in their own works. Life and society emerge where water tessellates over land and provides fertile soil. The chances of evolution that made them interact as they did could have had meaningful environmental consequences had things developed differently. For Lyra Pramuk, that fertile geology provides the ground for her albums. Fountain was that burst of water and swell of energy that propelled her to critical acclaim. Delta is a new take on a traditional remix album, centred on transgenerational dialogue and global storytelling, and will be released again via Iceland’s Bedroom Community label. Projecting Fountain through prisms, wordless songs fractalize into lush creations that blossom with new life. The ability to have such sheer diversity of material in one place is thanks to the global increase in accessible technologies, fueling an explosion of creativity and genre exploration that was thought of as unthinkable in our lifetimes. Like its namesake, Delta is a point where creative flows meet and triangulate, where global and personal folk histories are presented in novel ways, where transcultural collaboration is celebrated, where many worlds emerge from the depths below. RIYL: The Knife, Spacetime Continuum, Lorenzo Senni, the soundtrack to Planete Sauvage, 3:45 AM by the front left speaker, 7:45 AM as light pours in and everything winds down. 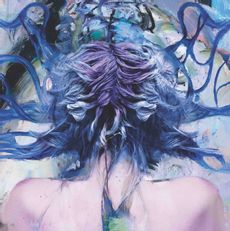