A rollcall of modern ambient’s most dazzling stars.

Where else would you find Skee Mask rubbing shoulders with Ryuichi Sakamoto, Suzanne Ciani & Nailah Hunter?

Speaking with Matt Black (one half of Coldcut) on the project and its creation he explains that: “‘@0’ refers to that liminal state experienced many times where my mental and emotional stability was not solid and it felt like teetering on a zero axis about to fall into depression, or more rarely, mania. I found that ambient music, by making no psychic demands, often opened some space and with its soft fascination, subtly raised the energy, helping to avoid that downward spiral and navigate slowly up and out. @0 is a balance point.” 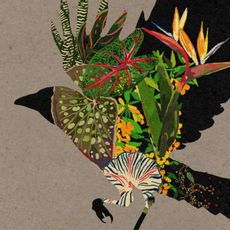