A RAINBOW IN CURVED AIR


“It was never supposed to happen.

No one was supposed to reimagine Terry Riley’s A Rainbow In Curved Air—a piece of music that, until now, has existed in its own class of expression. No one was supposed to scale the perilous heights of the citadel and come back with another document of the strange festival scenes within. With the release of Nico Georis’s A Rainbow In Curved Air it’s clear now that this piece of music is a place that you can go to, a kind of astral sanctum that can be visited again and again so long as you know the mysterious paths that lead to it. “Doing away with the production tricks used on Riley’s original recording (just intonation, mirror image delay, half-speed tracking of all lead parts) Nico Georis confronts the central seven time theme with a new transparency that gradually complexifies into astonishing Persian carpet displays of patterned musical awareness. This is music of the plenum and not the void: it is teeming with forms that behave in ways that recall descriptions of elaborately jeweled DMT hyperspace; sonic shapes that are driven by the pure uplift and force of infinite, unconstrained autotransformation. In this way it is similar to the original but the pace is way less manic, way more listenable as it rides forward on a calm surge of dazzling zero point energy. “The three other songs on the record are Georis originals. “Vapor” is a moment of twilight abstraction, a plant music duet that features Nico playing along with the plaintive washes of sound produced by a cannabis plant connected to a Plant Wave device. This song was composed spontaneously as it was broadcast live over Nico’s Big Sur based pirate channel, Milky Way Radio. Side B contains two remarkable songs, “Hot Slots” and “777”, that are built mostly out of samples of slot machine sounds. They are both lush holograms of hallucinated beauty and convey something about the spirit of luck, abundance and possibility.” —Matt Baldwi 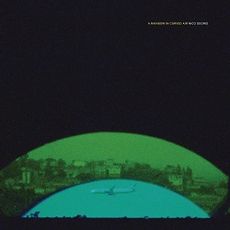