1996, the first full length MYSTERY Album was released, Theatre of the Mind was also the very first CD to be released on the Unicorn Records label.

Recorded on 16 tracks, just at the beginning of the internet, the album made its way slowly, mostly under the radar of the progressive rock community. Although the album contained all the elements and is considered the blue print for the music of MYSTERY, no one would predict that MYSTERY would become one of the most popular prog band to come out of Canada, nor did anyone could predict that Unicorn Records would release in the next 2 decades more than one hundred albums. 22 years later, Unicorn Digital is proud to re issue the first MYSTERY full length album. In 2017 the 16 track audio tapes have been restored and transferred in digital. Completely re-mixed by Michel St-Pere in the best tradition of the MYSTERY sound while respecting the original performance of the band also featuring Gary Savoie, Benoit Dupuis, Michel Painchaud, original artwork created by late drummer Stephane Perreault and mastering by bassist Richard Addison. The new version of MYSTERY – Theatre of the Mind, will be released October 25th. The album released in DIGIPAK will also be released on vinyl via our partner Polish label Oskar Records. 50 minutes, 10 songs plus one bonus track (not available on the vinyl version ) 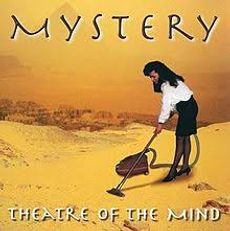