into the diamond sun

Rebecca, Emily & Lucy’s unique visions of music warp into a collection of songs that don’t so much defy genres as hand-pick the most mellifluous elements & skilfully stitch them together. Whereas on one track ('white Lies') the group could be the much-missed Broadcast closing the main stage of the Green Man festival, on another they sound not a million miles from a properly wigged out Go Go’s ('Genevieve'). Elsewhere, ghostly piano codas ('Bear Tracks') brush up against galeophobic warnings about the perils of the seaside ('Shark Song'). "Full of cunning harmonies & counter intuitive twists” - Uncut. 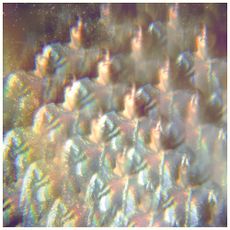