The New Yorkers are back with their 5th album & their unmistakable sound has survived fully intact, albeit with the addition of some welcomed 80's pop, calypso & funk influences thrown into the mix.

full of the typically laid-back vocals of Julian Casablancas alongside trademark tightly knit rhythms & jagged guitar riffs, it continues to demonstrate why they are the leaders of their pack. “their best album since they hit perfection with their debut” – Q Magazine, "the sound of a band that have tuned into the same wavelength & produced a collection of songs that you &, crucially, they can have fun with.  It is this factor that sees them delivering on the promise of their debut" - contactmusic. 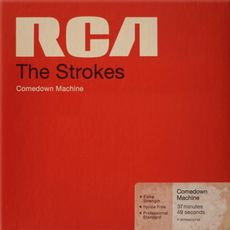