Her first release since The Magic Place, which garnered Pitchfork Best New Music and BBC Music Writers top 25 of 2011.  Barwick's forthcoming album, recorded in Iceland, is a very eagerly anticipated record for 2013. "Her ethereal multi-tracked harmonies have the devotional quality of gospel choirs, and the oddball allure of Björk or Yoko Ono." - New York Times 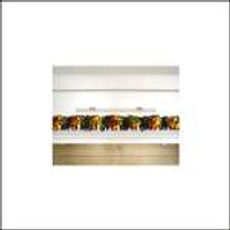