once I was an eagle

even further removed from the nu-folk she made her name with, ‘once i was an eagle’ demonstrates an ever maturing & evolving songwriting talent, that rises to the challenge of matching the more texturally diverse instrumentation surrounding her loosened structures & poignant lyrical imagination. the fluent assembly of the album lends it a naked honesty & touching intimacy that is something very rare & special indeed. ‘take the night off’ moves seamlessly into ‘i was an eagle’, its layers of flowing 12-string guitars & strange melodies seguing to indian flavoured instrumentation. her dramatic folk leanings still hold true on tracks like celtic themed stormer ‘devil’s resting place’, but feel more like one distinct aspect of a diverse & increasingly unique sound. 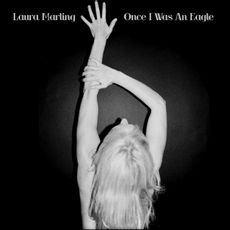