THE END OF SILENCE


takes the idea of a single sound source to its logical conclusion by utilizing only one ten second audio recording as the sole source for the whole album.

matthew was emailed a recording made by photographer sebastian meyer during the battle of ras lanuf in libya on 11th march 2011. in the brief recording, a pro-gadaffi plane can be heard approaching, a whistled warning, a shout & then, as if from nowhere, a bomb. it is this recording that makes up the entirety of this record. this brief, terrifying audio recording was fragmented & atomised into a range of sample instruments & played by matthew’s band. that solitary whistle becomes a tone to be used for harmony; the shrapnel becomes percussion parts etc. for the first time, all the music on this record is played rather than programmed, mostly on bespoke musical instruments. 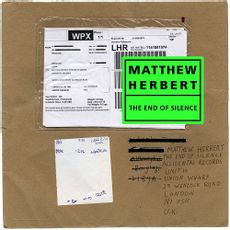