The strength of this record lies in the simplicity and purity of its songs, with melodies that immediately penetrate, alongside Katie Crutchfield’s frank vocal delivering devastating, straight-from-theheart lyrics backed with lacerating guitars & slouchy basslines.

Sounding like an instant classic from the get go, the album’s songwriting recalls the rawness of early Cat Power, the introspective lyrics of Rilo Kiley & the indie fuzz of The Breeders. "It’s that blazingly honest, hyper-personal quality that places 'Cerulean Salt' in the tradition of Elliott Smith, early Cat Power, or Liz Phair's free-flowing 'Girlysound' tapes-- the work of a songwriter skilled enough to make introspection seem not self-centered, but generous" 8.4/10 - pitchfork. 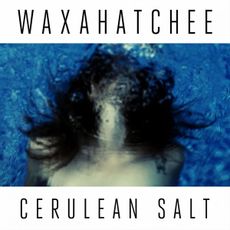