like an A-Z of the most exhilarating chapters of punk rock whittled down to its leanest, meanest, no-frills essence, these 12 razor sharp tracks from brothers Rory & Eoin Loveless, jolt you to life as they seize the brain with their terminally catchy melodies & jagged hooks.

deftly melding the heavy riffage of qotsa, the thrilling raw blues rock of the white stripes or early black keys, the cutting-edge cacophonic rock of morphine (minus the sax) & the frenetic garage rock of japandriods, this is a highly accomplished, raucous & relentless, fevered & furious debut. "As an example of going gloriously off-piste, it takes some beating...the sound of rock'n'roll at its most raw & untamed" - guardian. 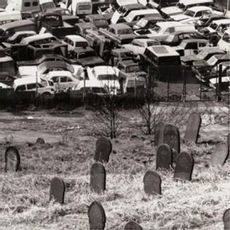