this all killer compilation completes kent's look at this classic run of southern soul artistry.

The compilation includes Clarence’s biggest-selling international hit ‘Patches’ & nine other Billboard R&B hits, several non-charting 45s, &, for the first time on CD, the singles issued on Fame directly, rather than through Atlantic. The Fame Gang backs Clarence on each track, recorded at the FAME studios in Muscle Shoals, produced by Rick Hall. Hall has given Kent Records full access to his tape vault, so all the tracks are taken from the master tapes for the first time. 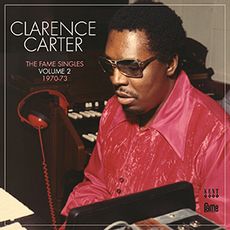