remastered from arthur’s pristine original 1/4″ sequenced masters, this hugely evocative album, comprised of experimental cello & vocal songs effected with reverb & delays, sounds like nothing you have heard or will ever hear. 18 tracks are featured, including drumless versions of his disco classics ‘let’s go swimming’, ‘tree house’ & ‘wax the van’ along with four previously unreleased tracks from ‘sketches from world of echo’. arthur’s aim was to achieve what he calls “the most vivid rhythmic reality”. this revised artwork edition is in a limited run of 500 copies. 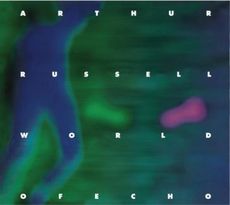