so long, see you tomorrow


the 4th studio album from the British four-piece was written while frontman Jack Steadman was travelling through India & Europe & the album takes influence from his travels, combining world music samples with the band's blend of folk & indie pop.

"their most sonically interesting...makes a compelling case for Bombay Bicycle Club as a sort of British answer to Animal Collective – perhaps not the most original idea, but one whose execution takes no small amount of skill. The emphasis here is on beats’n’loops rather than meat’n’potatoes, & the result is something as vibrant & colourful as a Bollywood dance number" - nme. "finds the rapidly evolving London quartet (who’ve already tried out indie, folk & math rock styles) swimming blissfully into the warm waters of emotional, internationally-flavoured electronic & dance music" 5/5 - telegraph. 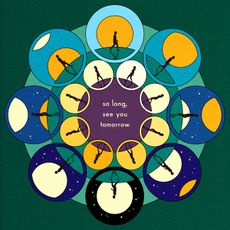