His unorthodox guitar playing, aided by a Cuban guitar course which taught him how to make the most of his quickdraw picking technique added a certain Spanish flavour to the sound & spins Nick into a world which straddles the leftfield. Since parting ways with his former band Portico Quartet to focus on this solo venture, the journey couldn't have been kinder in such a short space of time & 2013 closed with Nick nestled comfortably on the BBC Sound of 2014 Poll longlist. 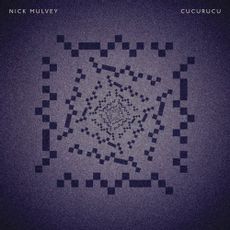