once more 'round the sun

Previous album 'The Hunter' saw the band cross over to a more mainstream rock audience with the incorporation of razor-sharp hooks. The follow-up continues in this tradition; the trademark heavy riffs are present but allied to an increasingly mature melodic sensibility which gives the moments of aggression all the more impact. Scott Kelly from Neurosis provides vocals on 'Diamond In The Witch House' while all-girl punk group The Coathangers lend ‘Aunt Lisa’ a ragged charm with their yelps of “Hey! Ho! Let’s get up and rock and roll!” continuing to grow while retaining their core values, Mastodon are still the biggest and baddest of their peers. "The four of us are digging it very heavily." - Troy Sanders (Mastodon) 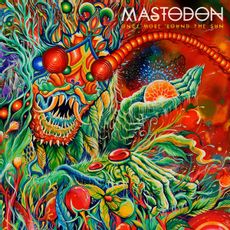